What Is a Bar-B-Cutie SmokeHouse BBQ Franchise?

What Is a Bar-B-Cutie SmokeHouse BBQ Franchise? 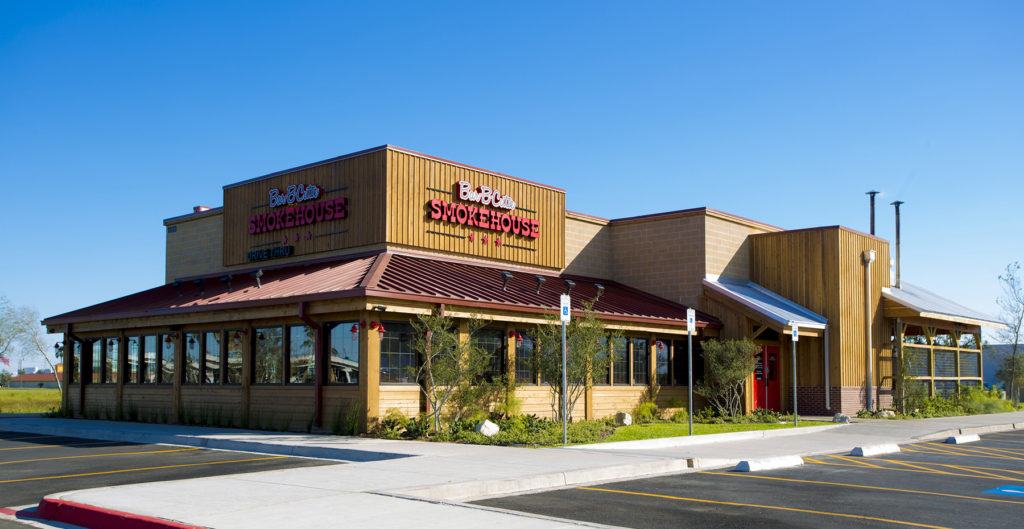 The new Bar-B-Cutie SmokeHouse model is the result of over 70 years of experience in the BBQ industry. With multiple locations open and in development in San Antonio, Texas, and across the Lonestar State, the new franchise model has been designed to be easy to run and easy to scale, with a focus on providing customers with the authentic BBQ experience they want and deserve.

“I believe we can put a Bar-B-Cutie SmokeHouse in any community in the United States and be successful, no doubt about it,” says Ronnie McFarland, CEO of Bar-B-Cutie. “My family has been in the BBQ restaurant business my entire life, and so we know how to design a business model that is going to be successful for decades, have higher margins than our competition and make food that is as good as, if not better, than any BBQ you can find anywhere in the world. We’re going to keep growing because it’s a passion for us, and it’s a blessing to give entrepreneurs the opportunity to live their passion and do well for themselves.”

The American BBQ Boom is real.  While BBQ remains a traditional southern dish, the advent of the Internet and cheap costs to travel have spiked an interest in BBQ that has created a vibrant BBQ tourism industry in the South, even as BBQ now appears on both the menus of ritzy restaurants in New York City and Los Angeles, as well as those of national fast food chains like Wendy’s. The spread of BBQ has created thousands of articles on the subject of BBQ for almost every publication imaginable — The New York Times, Time magazine, The Wall Street Journal, The New Yorker, The Atlantic, and the list goes on and on. Of course, BBQ is hotly discussed and debated by purists and enthusiasts on the various social media platforms every single day, as to what region and what restaurant offer the best BBQ . 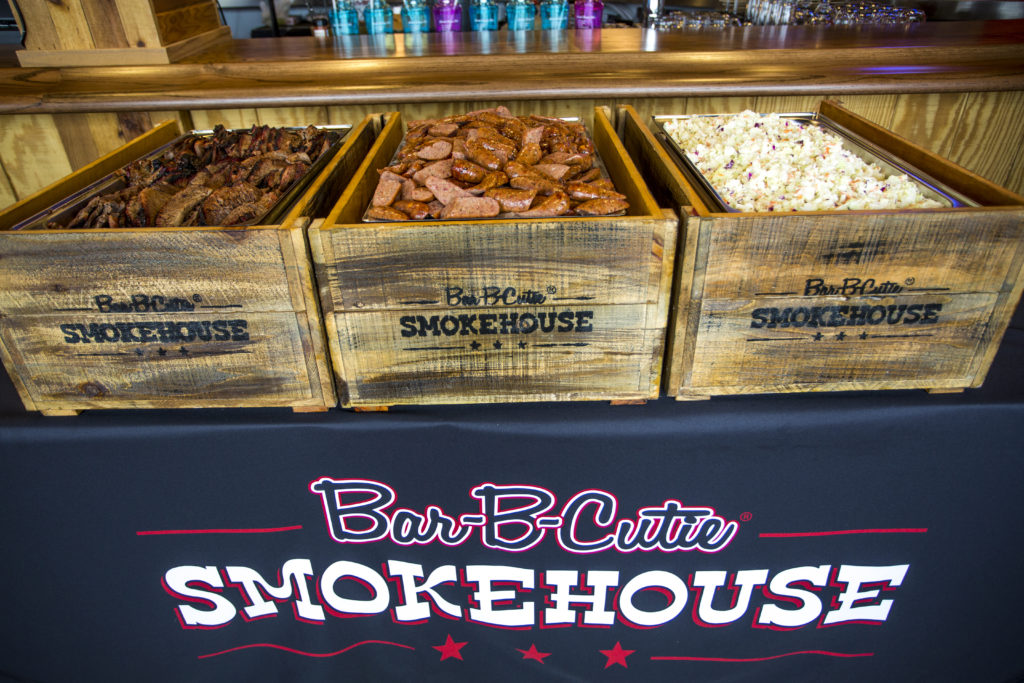 “People are naturally passionate about BBQ,” Ronnie says. “Everyone has an opinion about who does it the best, and I love to be a part of this discussion because it proves that BBQ matters to people in a really meaningful way. I think we do it the best because we’ve been doing it for decades and we’re still just as passionate about BBQ as we were when I got started. We’re also far more consistent than any other BBQ restaurant that I’ve tried, and I’ve been to almost all of them. We designed our business so that our franchise owners can serve their customers the meals that make them happy day-in and day-out without any variation.” 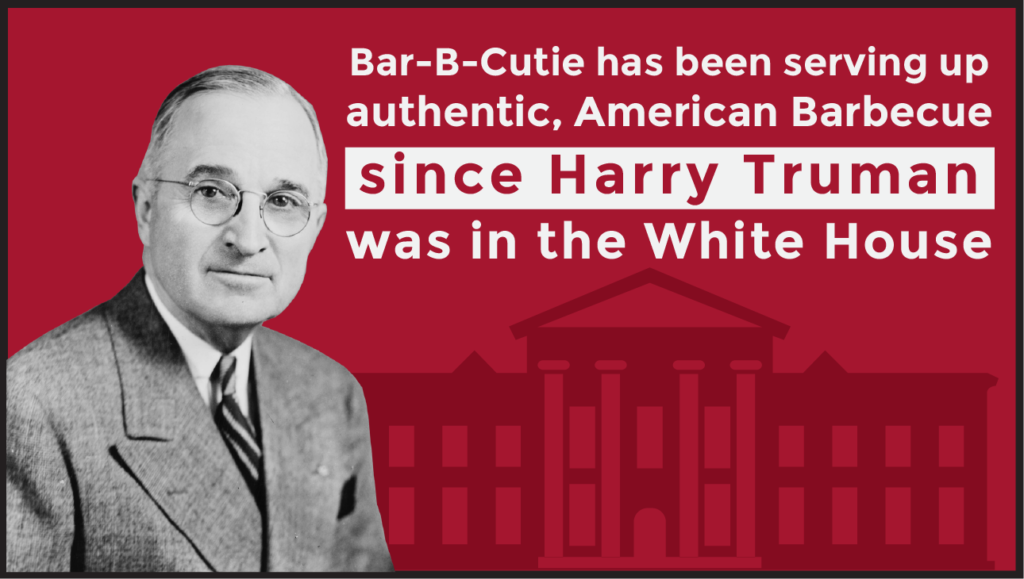 Bar-B-Cutie is also the first brand to specialize in all of the regional BBQ meat preferences and unite them under one menu. From brisket, to pork, to chicken and turkey, Bar-B-Cutie serves up all four meat options directly from the smoker, where the meat is slow roasted for up to 18 hours over hickory or mesquite wood.  We also offer sides a la carte, such as real-cream corn, potato salad, fresh cut fries and more to complement our meat platters and sandwiches, which help to bring the per-customer ticket averages up, as well as increase the margins on the food.

“The business model was designed to have low labor costs and high average tickets to offset the costs of the meat, which are typically the biggest expenditure in a BBQ restaurant,” Ronnie says. “We wanted the business model to be profitable, first and foremost. So the margins have to be high, and the food has to be so good that the customers want to keep coming back. I’m proud to say that we’ve succeeded in this. When our customers visit one of our locations, they feel like they’re coming home. They feel like family, which is exactly what you want in a BBQ restaurant.”

The new Bar-B-Cutie SmokeHouse model provides franchise owners with the ability to capitalize on multiple revenue streams including: 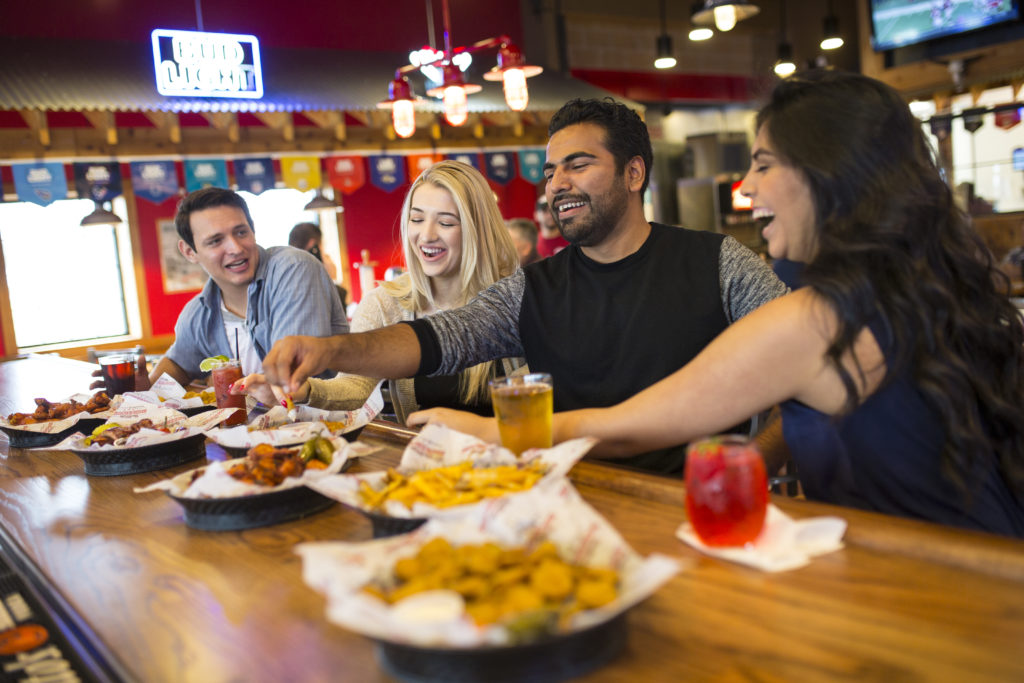 The new low-labor model allows franchise owners to focus on growing sales in the different segments of the business and providing exceptional customer service that will make your customers as passionate about Bar-B-Cutie as you are!

“We didn’t get into this business to sell franchises,” Ronnie says. “We got into this business to make a living. This new model was created because it makes economic sense from a financial perspective, and we’ve tried to create the most profitable BBQ restaurant that would be successful over the long-term. We’ve done that with this model, and the open locations prove that our decades of experience are paying off. I can’t wait to see how big we will get in the coming years. There isn’t a place in America where a Bar-B-Cutie franchise wouldn’t do well.”

Ready to bring Bar-B-Cutie SmokeHouse to your community? The time is now!

Bar-B-Cutie is a low-cost investment opportunity with potential for high returns, with the total investment estimate to begin operations on a new BBQ franchise ranging from $663,649 – $2,080,491. Our build-out costs are substantially lower than other BBQ franchise brands.  The franchise fee for your first restaurant is $35,000.